About ADM
Home
>
About ADM 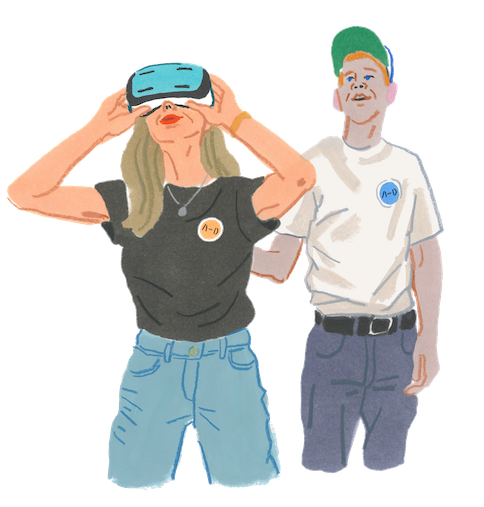 Illustration by Anja Reponen
What?
A new museum is coming to town.

A new museum of architecture and design is coming to Helsinki. A natural destination for architecture and design lovers, the museum will also be a place for learning, sharing, and coming together for all curious minds. A new museum building near the historic harbour in central Helsinki will house state-of-the-art exhibitions and forward-looking programmes. With new technologies, the whole world can participate in the conversation.

Both the City of Helsinki and the State of Finland have conditionally committed to backing the new museum with significant donations. Three private foundations have joined forces, with the total capital raised almost reaching the target of 150 million euros. All parties have set conditions for their funding, with the common one being that the museum must be in a class of its own – globally.

Why?
A culture intertwined with design

You can’t talk about Helsinki or Finland without mentioning design and architecture. The cultural significance of the design industries is immeasurably valuable to our society. Today, architecture and design play key roles in boosting the competitiveness of our economy, as well as contribute to developing a good quality of life. Yet our two national museums designated for design and the built environment – the Museum of Finnish Architecture and the Design Museum – are both operating in historic buildings that were never meant for museum purposes, significantly limiting their ambitions in providing experiences and services for their users. This is about to change.

Our goal is simple: to build the world’s leading museum of architecture and design in Finland. Nowhere else in the world are design and architecture so embedded in the culture and identity, so we think it’s only natural that the first major new institution for design and architecture of the post-pandemic era will be built here in Helsinki. The new museum will merge the Museum of Finnish Architecture and the Design Museum and their substantial collections into one, with the whole representing much more than the sum of its parts. 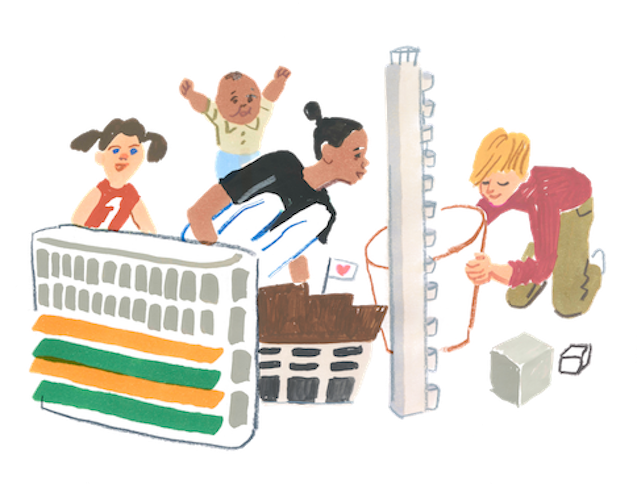 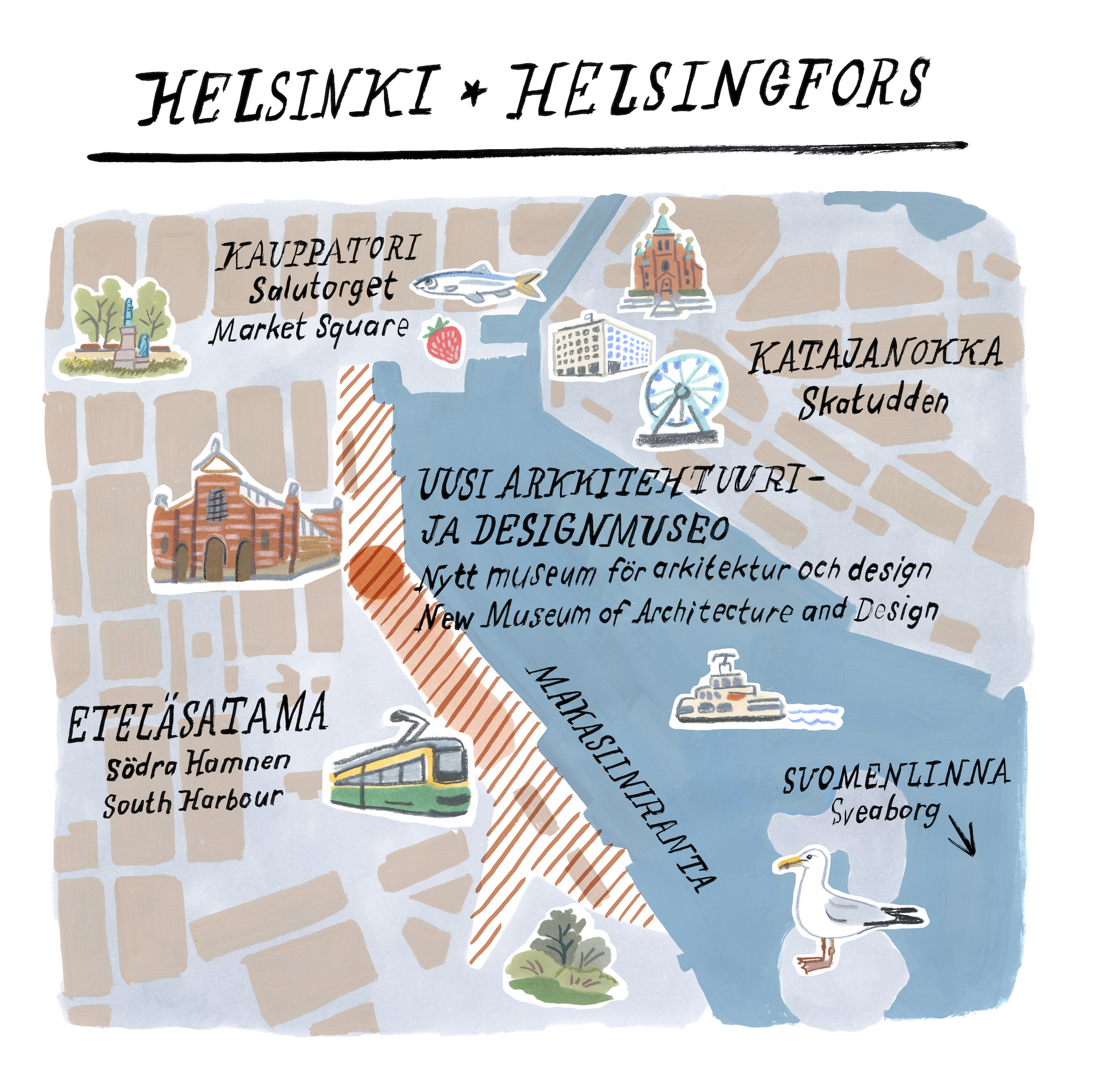 Illustration by Anja Reponen
Where?
Between the city and the sea

The new museum will be situated on Helsinki’s historic seafront, in the South Harbour’s Makasiiniranta district. The location is the very definition of that sweet spot between urban life and nature that characterises Helsinki. Together with the Market Square, the Old Market Hall and the re-developed Makasiiniranta area, the museum will be part of a vivid, open and walkable city centre.

Helsinki is committed to being carbon neutral by 2030. The guiding principles in building, planning, and programming the new museum are based on environmental, cultural and social sustainability. In this era, we are called upon to take responsibility and set an example, and we aim to over perform on that front as well.

When?
Towards a decision to build

A series of studies on the feasibility of founding a new museum for design and architecture in Helsinki have been conducted in the past few years. Based on that work, the City of Helsinki, the State of Finland and the two museums launched a new project phase with a clear objective: to produce a visionary concept, an operating and funding model, a design brief and all the necessary data needed to make a final decision to build a new museum.

In April 2022 the Foundation for the Finnish Museum of Architecture and Design was established. The mission of the foundation is to establish a new Museum of Architecture and Design of a high international standard. According to a projected timeline, a final decision to build the new museum would be made in early 2023. Should the decision be positive, an architectural competition would be opened later that year. Based on the competition, a more detailed timeline would be made on the development, zoning and construction of the new museum building. The timeline towards the opening of the new museum will be updated during the process. 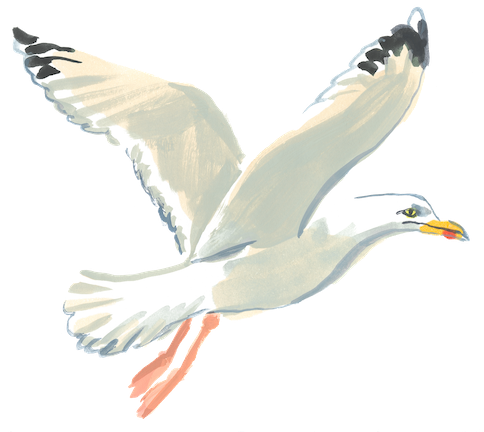 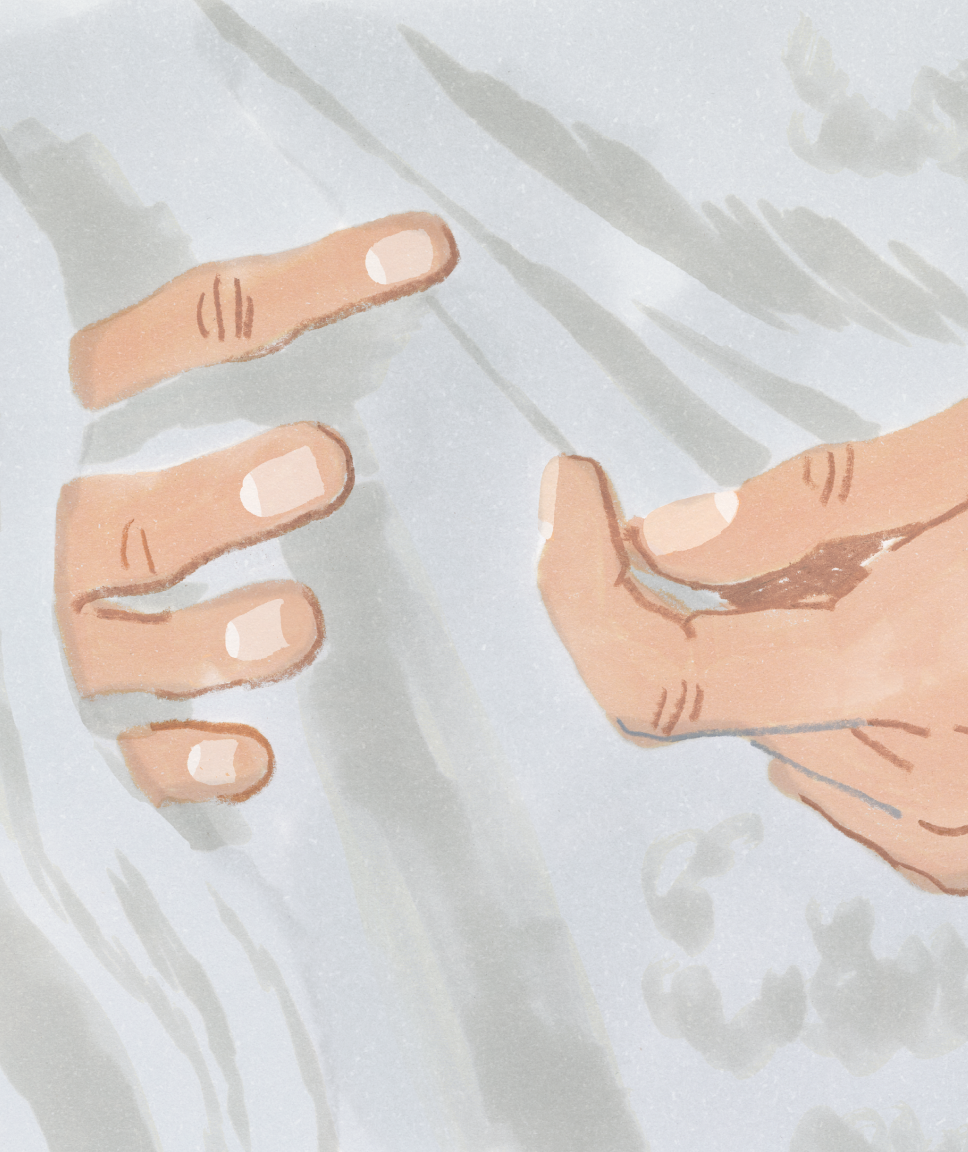 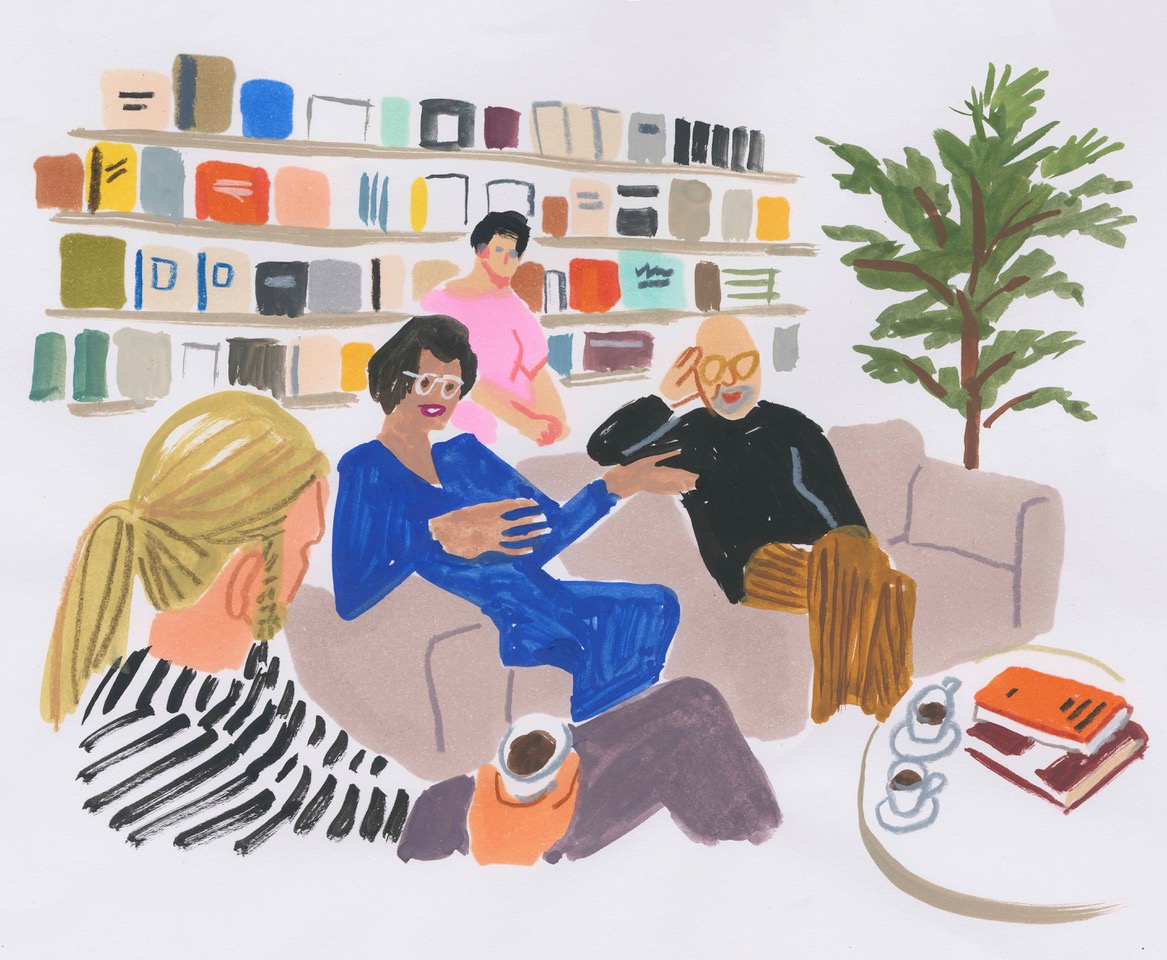 Illustration by Anja Reponen
Let's be in touch

Below you’ll find contact details of the project team planning the new museum of architecture and design.We would love to keep you posted through our Newsletter.

News
Latest news regarding the new museum.
Subscribe to our
Newsletter